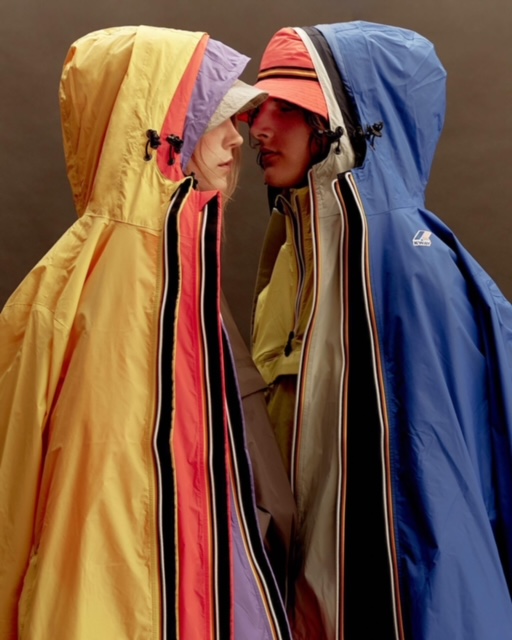 Waterproof jackets, for all seasons, packable and reversible.

Some brands and products are so iconic that over the years they have entered pop culture and end up on the pages of dictionaries with the designation ®, which stands for Registered Trademarks.

When this happens, the brand is considered “ultranotone,” and the products are so popular that they become part of a generation’s collective imagination.

In terms of clothing, that of K-Way, born in Paris in 1965, is one of the most emblematic cases.

The designer “Léon-Claude Duhamél” wanted to find an answer to the classic raincoat, by creating a wind and rainproof jacket that was practical.

The result of his efforts was a jacket that could be folded by itself and locked in a small portable pouch to hang on the wearer’s belt.

The original name of the jacket was “En cas de,” (In case of.) which was later changed by an advertising agent by adding the sound “cas,” transliterated to “K” (which is pronounced “Ka” in French), and the English “way” to make the jacket more palatable to the English-speaking public.

In the following years, the waterproof and ultralight jacket became so famous that the brand itself ironically used the familiarity of its name for a famous slogan that appeared in Topolino magazine that read, “K-Way®: right name of jacket.”

In the 1970s, K-Way became the sponsor of the French Alpine Ski teams.